Great Weekend with one sad thing and one confusing thing

So, this was a great weekend. We went out with our friends Tenley and Jeff on Friday night. We ate at a good Spanish restaurant, drank a lot (at least Tenley and I did), and we love them, so it was just plain fun.

Saturday we relaxed a lot, ran a lot of errands and saw a great movie with Matt's friend, Justin. We saw Michael Clayton. I would recommend it. Really great.

Today, Matt and I literally ran errands. We hadn't gone running in a long time, so it was a bit rough (and it was noon, so it was hot...), but we came home with fruit, fish crackers, and ice tea in a bag. (If you don't remember the tea in a bag thing, I will post a picture soon - it's more fun to drink drinks out of plastic bags).

Then, Maria and Peter came over for MANY games of Settlers. Can you ask for a better day? I can't. By the way, the fruit was great - the fish crackers not so much. They smell too strong.

Anyways, the sad thing that all of you probably already know about. I was listening to NPR while walking to meet the peeps on Friday night. I heard about this soldier who was blogging, and he wrote his "last blog" just in case he died, and he sent it to his friend to post in the event that he died in Iraq. Well, he died, and she posted it, and it's just overwhelming.

First of all, I don't know anyone who died in Iraq. I don't really understand what's going on there, and the honest truth is that I stopped reading about it months ago, though I feel EXTREMELY guilty about that. This helped make it much more personal.

Second of all, I can't imagine thinking that much about death, really understanding that it's a real possibility. How sad that so many people probably do that on a daily basis. I only did that when my brother died.

Third of all, I really related to his blogger personality, and how he wanted to have the last word - even on his death. How nuts.

Fourth and last of all, he was blogging for a newspaper when this happened, and the comments on his last posting are overwhelming. He was killed with another soldier, and that soldier's brother was trying to figure out if his brother (the soldier) was indeed killed. You see him learn that his brother did indeed die, you see his father write, his mother-in-law...they're all sort of learning about his death and dealing with it to some extent online - in public. It's really...something. Just overwhelming. Click here to see his last posting. Click here to see the posting on the newspaper's blog.

This is the totally confusing thing:
So, remember that terrible magazine that hated gay people? It said that parents should help their kids realize that they can choose whether or not to be gay. Here's my angry posting about that.

Well, I got a new issue, and it talks about women's fantasies. This is what it says: (I really hope this is not plagiarism...)

To women, fantasies are fun mind games that help them get in the mood: for men, fantasies do more, helping them hold back their orgasms so they keep going on and on.

Women's fantasies:
I'm pretty sure that this says that women fantasize about rape. Are you serious? I actually don't even know what to say about it. I'm pretty sure that if I write a letter we will be kicked out of Singapore. Matt said we'll do it anonymously (I guess it can't REALLY be anonymous at this point...).

Anyways, to end on a happy note - two things.
1 - The Federer game yesterday was one of the best tennis matches I have ever seen, and we got to see it LIVE! Yay Australia being only two time zones away!

2 - The kitty who is still unnamed (except if you're Matt and think that her name is Hunter) has started coming into our apartment pretty regularly. She's laying next to me right now. She's just so cuddly and loveable. I'm in trouble. I already love her.

This is really long.
Posted by Matt and Melanie Hildebrandt at 9:45 PM

About the fantasy thing: I have heard women (people I actually know) claim they have rape fantasies, so I don't think it's necessarily the magazine being sexist. Which is still somewhat troubling... 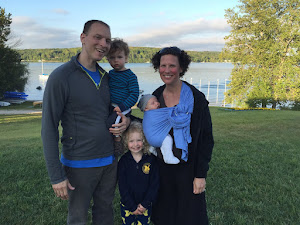